Boycott of Brookside: How it would affect the dairy industry in Kenya 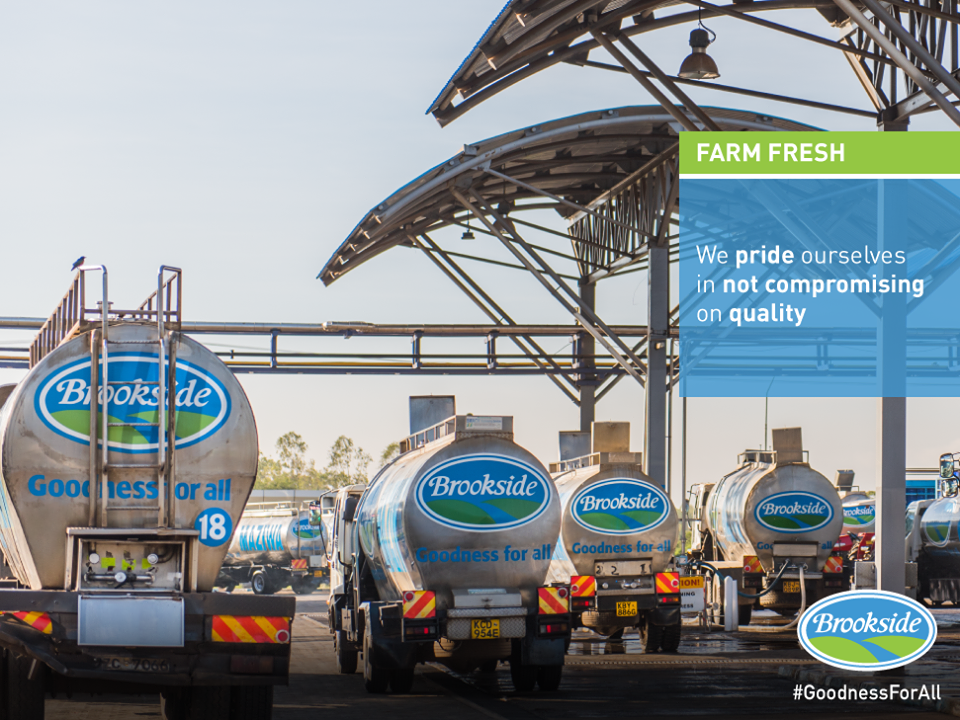 To understand this, let us examine the basic facts about the dairy sector.

The dairy sector accounts for 14 percent of the agricultural gross domestic product (GDP) and 3.5 percent of the total GDP. It is primarily dominated by small scale producers who account for 70 percent of milk production. For many years performance has been poor due price fluctuations dictated by seasons and weak policies. Massive wastage of milk is a common occurrence during rainy seasons when animal feed is plenty. Little has been done on 2010 Kenya Dairy Board (KDB) proposal for expansion of storage facilities by New KCC, creation of Dairy Development Fund and revival and scaling up of school milk program.

According to KDB, of the 4 billion litres of milk produced in the year 2016, 2 billion litres was consumed at the household level. On average over the years, about 30 percent of the milk is processed by dairy firms and the rest consumed or traded raw. This state of affairs is not likely to radically change in the near future, unless there occurs significant interventions such as major players entering the milk market, or exits. A huge amount of milk remain unprocessed creating room for other players to operate and therefore more opportunities for the growth of the dairy industry.

In Kenya the firm has an installed milk processing capacity of one million litres per day, with milk processed at three locations, Ruiru where its headquarters resides, Eldoret and Kiganjo. There are branches in Uganda and Tanzania. Cooling plants has been set up in Ruiru, Kiganjo, Kinangop, Nakuru, Eldoret, Nyahururu and Ol Kalou. These are supported by satellite stations in Ndaragwa, Shamata, Siongiroi, Olenguruone, Keringet, Eldama Ravine, Muserechi, Nkubu, Chogoria, Njoro, and Kiambu. There are over 200,000 distribution outlets throughout Eastern Africa, Common Markets for Eastern and Southern Africa (COMESA), Northern Africa and Middle East.

Over 200 dairy products, broadly categorized into long life milk, fresh pasteurized milk, yoghurt, cream, butter and ghee are processed, distributed and sold. Daily milk collection is about 1.5 million litres from 160,000 dairy farmers distributed in more than 150 cooperative societies and self-help groups as well as individuals from over 30 sub counties in Central, Rift Valley, Eastern, Western and Nairobi Provinces, and 100,000 in Uganda.

With a labour force of around 1100 workers, no doubt Brookside Dairies is a major player in the dairy industry, commanding around 44 percent of the processed milk market. Started in 1993, the firm has gone on an expansion spree, gobbling up rival milk processors in Kenya. Opening with the acquisitions of Ilara (Ilara brand), Delamere Dairies (Delamere yorghurt brand), Spin Knit Dairy (Eva Fresh and Tuzo brands), and Buzeki Dairy Ltd (Molo Milk and Kilifi Gold brands) the company has advanced to become the market leader in milk processing. The expansion did not stop in Kenya.  The appendages spread to Uganda by acquisition of a dairy processing plant, Sameer Agriculture and Livestock Ltd. In Tanzania it gained a footing by acquiring the Arusha Plant of the state owned, now defunct Tanzania Dairies, with plans to modernizing it into state-of-the-art milk processing plant. In Ethiopia the group eyed a share of Elemtu Dairy and there were plans to set up a milk processing plant in Nigeria.

These acquisitions have not been entirely smooth with challenges faced here and there. The state owned New KCC had been a target but this faced bitter protests from farmers, who felt that Brookside Dairies was setting itself up for a monopoly in order to dictate milk prices at the shelves and farm gate. Tanzania complained that the Arusha Plant had been turned into a mere milk collection center, and that its citizen were being short changed by the Kenyan firm exporting and processing the milk in Kenya, instead of setting up a local processing operation. Brookside responded that milk supplies were insufficient and a daily minimum milk collection of 60,000 litres was required for such an operation to be feasible.  Ugandans were not left behind with contentions that public assets were being sold to foreign firms at a throw away price.

The firm has support programs for farmers, the major being field extension programme where they are trained on milk production, breeding, feeding, and feed establishment and conservation. Plans for hay production demonstration farms in 25 milk-producing counties to help address a shortfall in animal feeds during drought. Other benefits to farmers include advancing loan facilities, giving credits for farm inputs and support to cooperative societies, mainly in setting up cooling facilities such as for Nyala Dairy and Sabatia Farmers’ Cooperative Society.

Other players in the industry include the state owned New KCC controlling 21 percent, Githunguri Dairy producers of Fresha with a market share of 17 percent and Sameer, producers of Daima Milk with 6 percent. Kiambaa, Meru Farmers, Countryside, Afrodane, Palmhouse, Upland Dairies and other smaller dairies share the remaining 12 percent.

From the foregoing, it is clear that milk processors controls only a small portion of the milk market, 30 percent. Of this, Brookside controls 44 percent. The dairy sector may not face a major upheaval. Taken to the extreme that Brookside exits the milk market in Kenya, other processors would have to absorb the excess milk. Notable would be the rise of the sleeping giant, the New KCC. But this would strain their capacities with possibility of milk going to waste. Loss of income to those dairy farmers who may not find alternatives would be imminent.

In my opinion, what may happen is that Brookside Dairies Ltd might experience reduced sales and therefore be forced to scale down their operations leading to layoffs. Dairy farmers who benefit from guaranteed milk market, loan facilities and farm input credit facility may also be affected. In the long term, the economy may suffer from loss of foreign currency arising from drop in exports.