The disease was identified in East Africa in 1909. It was first described in Kenya in 1921, and soon afterwards in South Africa and Angola, as a disease that killed settlers' pigs. The emergence of the disease in countries with developing pig industries and in which pork is popular and affordable has had serious economic implications, particularly as there is no vaccine and no treatment.

Several other swine diseases have clinical signs similar to those caused by ASF. Hog cholera, salmonellosis, and ASF are virtually impossible to distinguish from one another in the field. Laboratory confirmation is required to confirm the diseases.

The virus can survive refrigeration at 5oC for 6 years, and is viable after 15 weeks in chilled carcasses. It will remain alive for 18 months at room temperature, but is killed at 60oC after 10 minutes. It can survive for 6 months in hams. It is highly resistant to putrefying and drying.

Nuzzling in particular is the main method of transmission and the maintenance of a pig fence between bush pigs and domestic pigs and between infected and non-infected pigs prevents passage of the virus from one group to the other. The tampans live in the burrows and shelters occupied by pigs and transfer virus when feeding on their blood.

Domestic pigs infected with ASF virus shed very large amounts of virus during clinical illness and for at least 24 hours before clinical signs develop. Virus is shed in saliva, tears, nasal secretions, urine, feces and secretions from the genital tract. Blood contains large amounts of virus. Pigs become infected by contact with infected pigs, contaminated feed, drinking water and bedding. Contaminated material may be moved over distances by vehicles and people. The feeding of infected uncooked swill is responsible for many secondary infections.

The virus enters the bloodstream via the upper respiratory or alimentary tracts after ingestion or directly into the bloodstream from tick bite. The carrier state can continue for a long time and can be the source of secondary infection after activation. Activation arises from movement, malnutrition and parasitic infestations. In wart hogs activation may be by pregnancy, parturition and suckling.

The disease is per-acute with 100% mortality in originally unaffected areas. In enzootic areas it can become acute or chronic with mortalities less than 100%.

The incubation period is 5 to 15 days, and is followed by high fever which lasts for 4 days. In per-acute cases death occur in 1 or 2 days, and there may be no other sign of disease. In the acute condition the temperature falls after 4 days, the animal becomes dull and listless, and does not feed. After 1 or 2 more days a characteristic paralysis, particularly of the hindquarters, sets in and the pig moves about on its forelegs only. A cyanotic blotching of the skin of the limbs, snout, abdomen and ears is visible. There is usually a muco-purulent discharge, both ocular and nasal. In less acute cases vomiting and blood stained diarrhea are seen. Sometimes there are convulsions followed by muscular tremors. Dehydration is pronounced. Death occurs a week after the onset of fever.

Sub-acute cases that recover become carriers, and unapparent infections may occur in which the viraemia may last for a considerable period.

In the chronic condition animals may remain unthrifty to up to 15 months before death without showing any other sign apart from intermittent fever and edematous swellings under the jowl and over the leg joints. Breakdowns in chronic cases are caused by other, additional stress factors.

There is no effective treatment or vaccine for the disease.

The appearance of ASF in herds is usually associated with one of the following events:

There is no effective vaccine against African swine fever as they produce carrier state. The virus can be prevented from infecting domestic pigs by segregating them behind pig-proof fences. Outbreaks in domestic pigs are best controlled by complete slaughter and the burning or burying under lime of all carcasses. Normal disinfection procedures should be instituted but as the virus is resistant to many standard disinfectants strong caustic soda should be used. Restocking should not be allowed inside 4 months. Communal grazing by pigs should be prevented. Prevention of contact between wart hogs and domestic pigs is usually all that is required to prevent further outbreaks in cleared areas.

0 # Google 2020-07-25 16:41
Helpful information. Lucky me I discovered your website unintentionally, and I
am stunned why this twist of fate did not took place earlier!
I bookmarked it.
Reply | Reply with quote | Quote
Refresh comments list
RSS feed for comments to this post 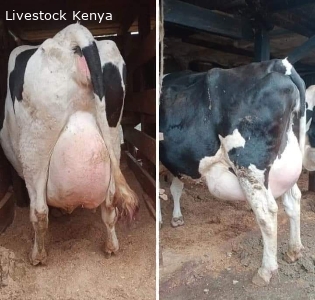 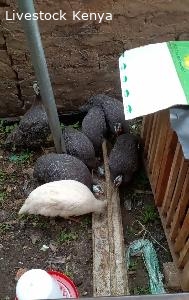